Ramsau am Dachstein is a municipality in the district of Liezen in the state of Styria, Austria. It is also the name of the elevated plateau between the Dachstein range to the north and the Enns valley in the south on which the municipality is located.

While the Dachstein range contains peaks up to 2,995 m (9,826 ft) and the towns of the Enns valley, such as Schladming, lie at around 700 m (2,300 ft) above sea level, the Ramsau plateau is a comparatively level piece of land at an elevation of around 1,100 m (3,600 ft). At approximately 75 km² (29 sq mi), the plateau is an exceptional geological feature in the rugged terrain of the Alps which is more usually characterized by high mountain ranges and narrow valleys.

Due to its extraordinary geography of relatively flat terrain at a high elevation, the Ramsau plateau has developed as a major center for cross-country skiing. Ramsau also hosts the base station of the cable car leading up to the Dachstein glacier. On the glacier, there is a year-round resort for Alpine and XC skiing.

The competition terrain ranges from open or semi-open to wooded areas and from flat to steep. An extensive cross-country skiing track system forms the backbone of the planned extended trail network.

The event arena is located near the center of town and contains all the necessary infrastructure for large cross-country skiing events.

The totality of the Ramsau plateau is to be considered as embargoed for orienteering activities. The use of the permanent cross-country skiing tracks without a map is permitted until further notice. 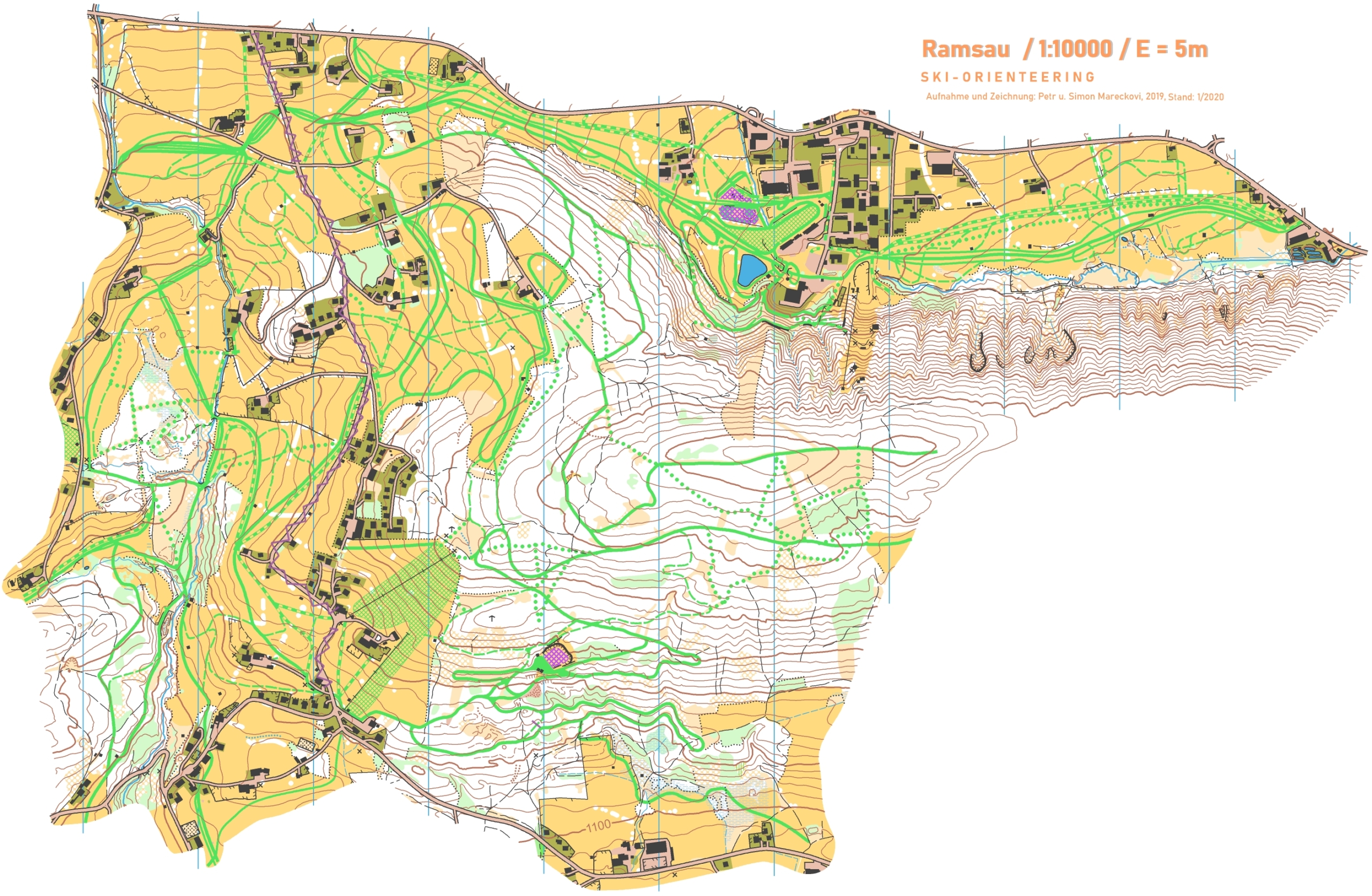 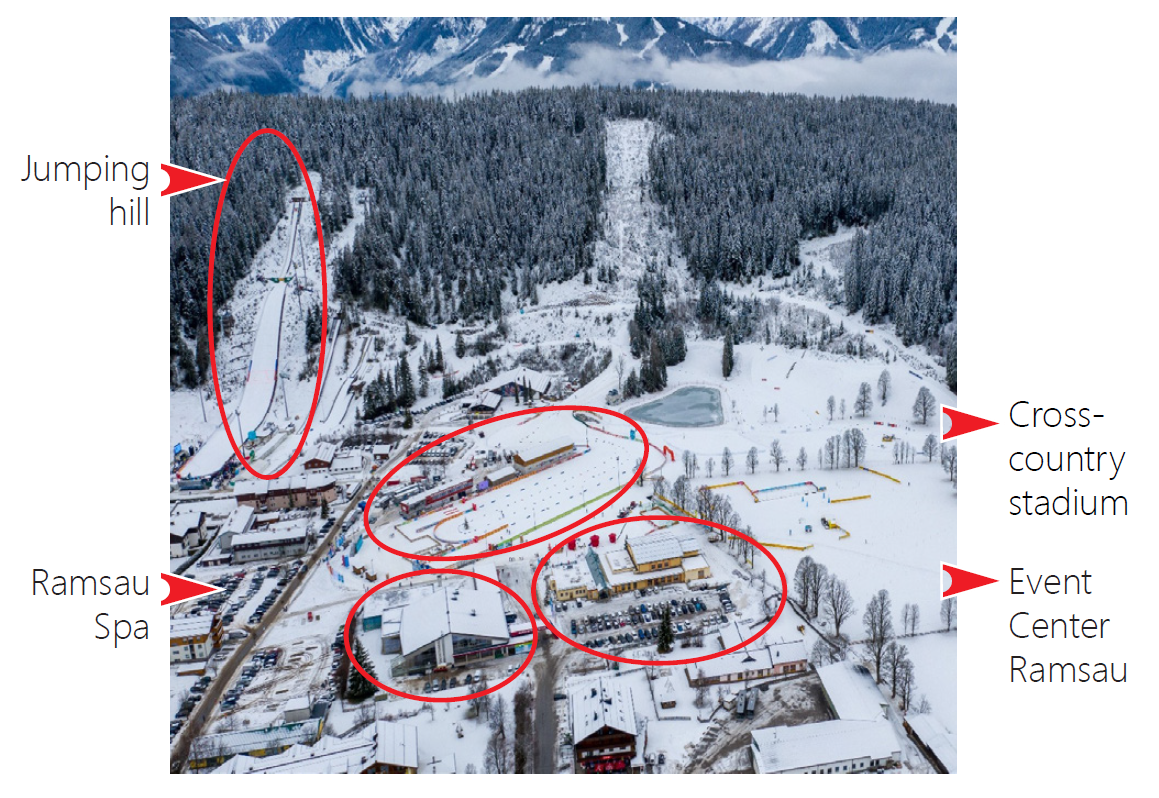 Ramsau am Dachstein is one of Austria’s best known cross-country skiing areas and offers excellent terrain, sports infrastructure and lodging. The municipality strongly supports the Ski-O Championships 2024. All facilities and competition areas are located within a short distance.